Last night George, Sheri and I poured over the map and used google to figure out what a next best stage would be. I need to go through Canandaigua so in principle I should proceed northwest from their house. But it’s too far for a single day’s walk and there are no viable lodging options on the way so we decided that going straight north to 5&20 and then turning west would be the better option. There are many motel options on 5&20. So by Pythagorus this will cost me at most about four miles.

We found Clark’s Motel on 5&20, just after the westward turn. Since it was only about 13 miles I decided to join George at church. We left a little early and he showed me around Penn Yan a bit, including these views of the northern end of the east branch of Keuka Lake: 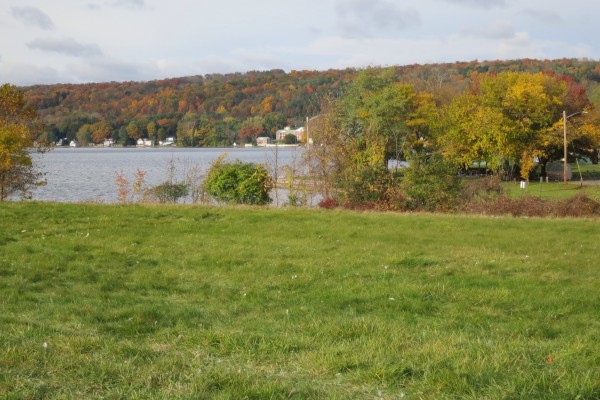 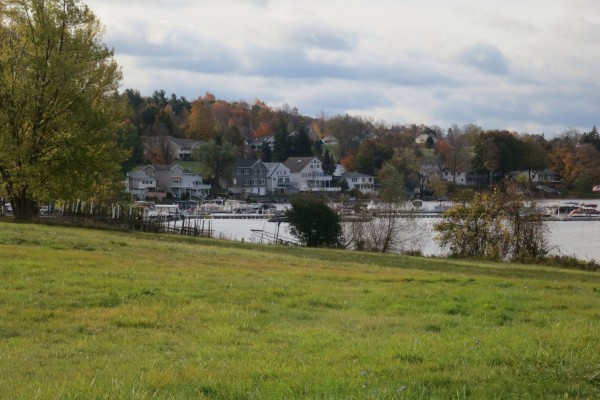 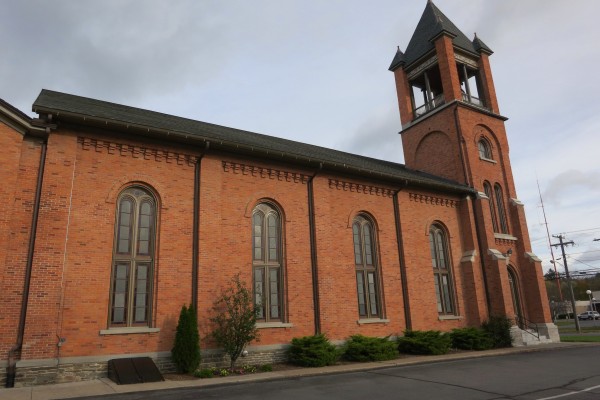 During the service George introduced me to the congregation. Afterwards there was a time of fellowship at which I met a number of congregants. One of them, Jack, thought my story might make an interesting piece in the local newspaper so he took down some details.

Back at the ranch George and Sheri fed me a light lunch (a grilled cheese sandwich, just we had for Sunday lunch all through my youth and all through the time my children were growing up!). I was sad to say good-bye to my new friends and I promised that we would meet again when Fiona and I drive my whole walking route sometime in the future. This is looking back at their house as I walked away: 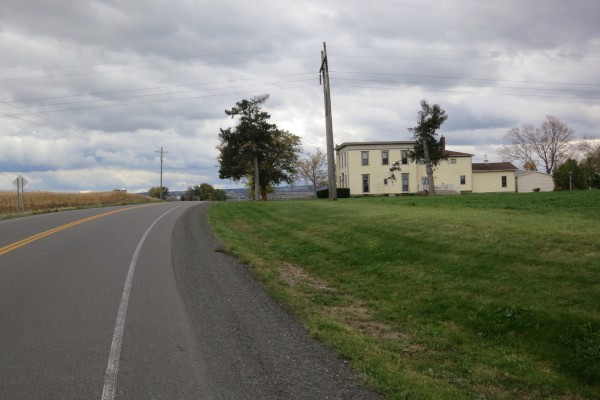 George and Sheri live on Pre Emption Road, part of the old Preemption Line. My path for the day was virtually all northbound on this road. The only exception was the last two tenths of a mile when I turned west on 5&20. The scenery was fairly constant — well kept farms like this: 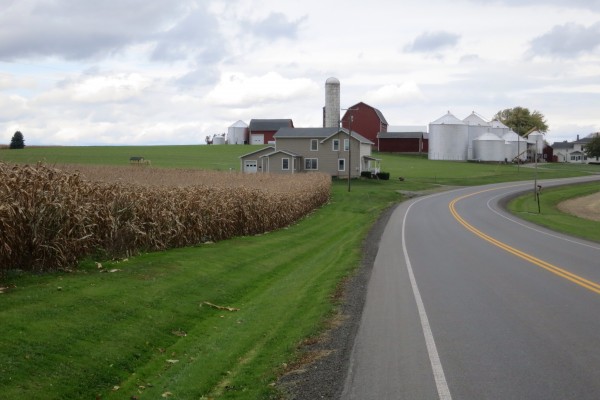 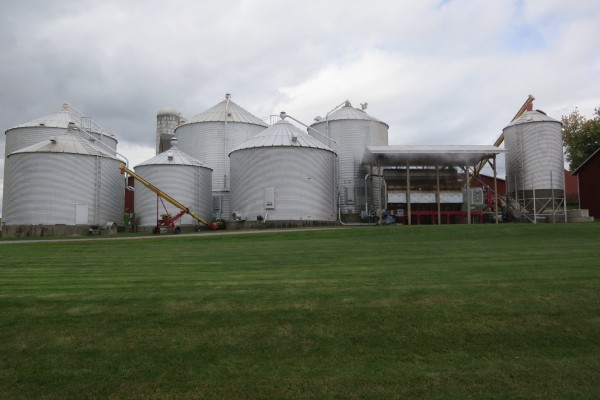 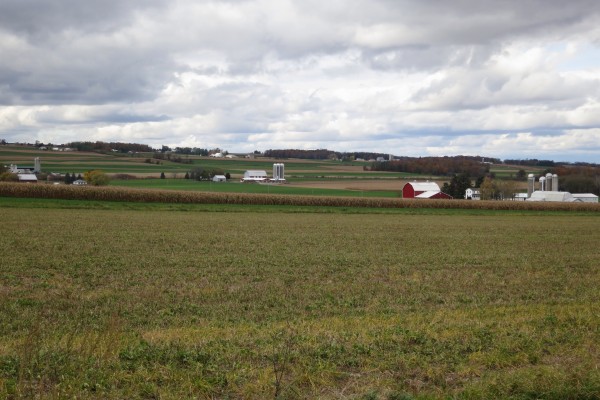 It would be nice to be about 30 feet higher. This is the sort of land that looks like a checkerboard of rectangles from an airplane. I believe a number of these farms were owned by Mennonites; sometimes the clues were obvious: 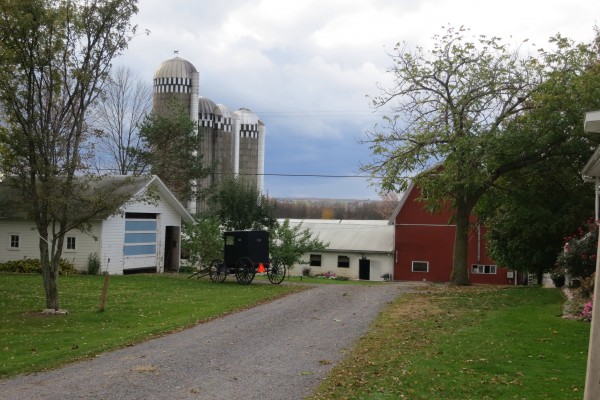 The sky was doing interesting things: 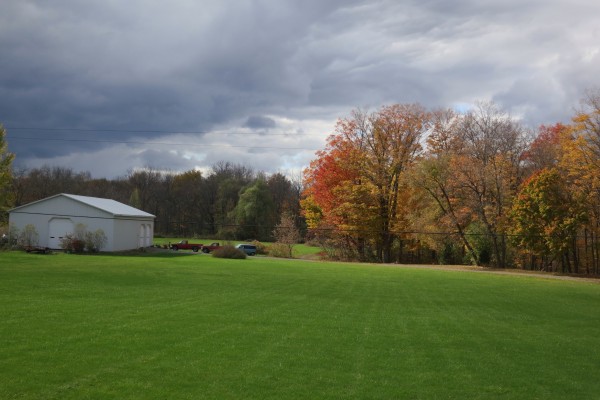 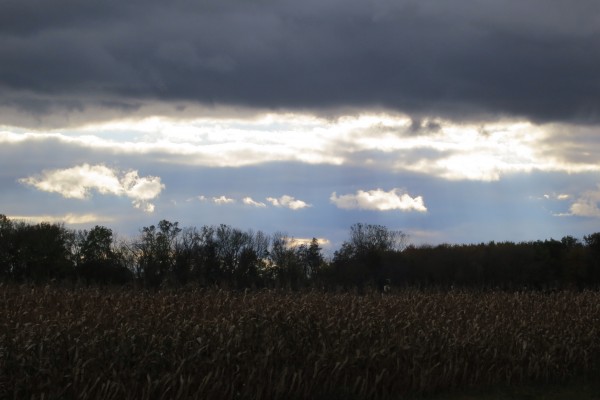 I continued to see little glimpses of Lake Seneca as I neared it’s northern end: 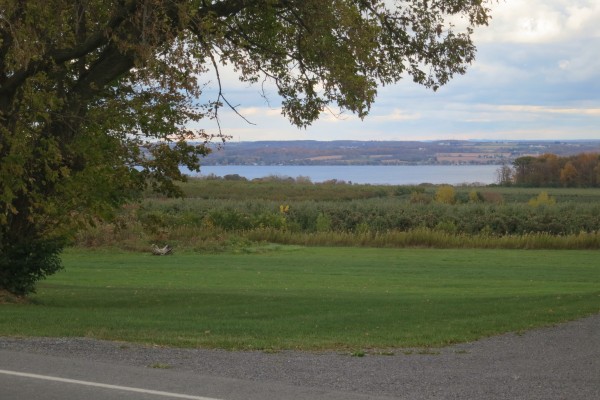 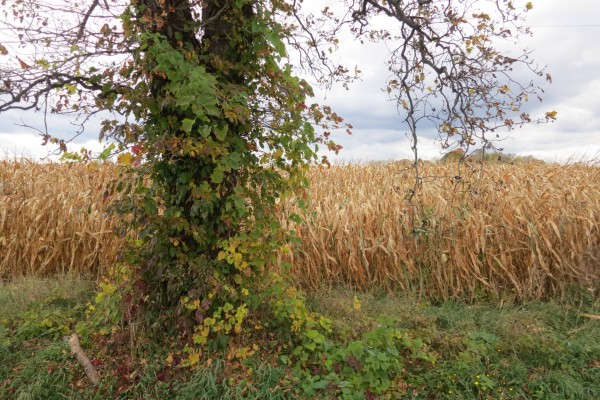 At times the road was very straight. On this piece I could see two miles ahead — this actually makes the walking more tedious: 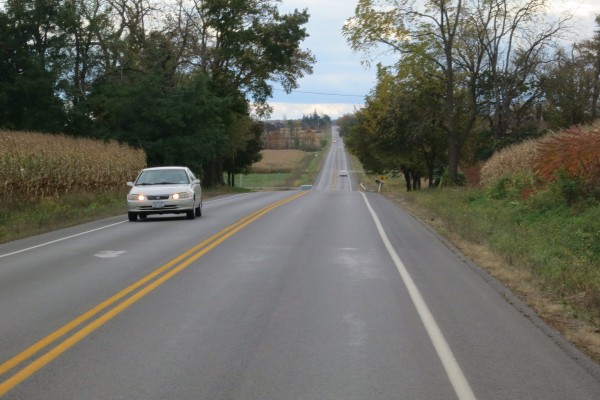 I passed Bejo Seeds. I could only see a little at the front but it seems like an interesting place: 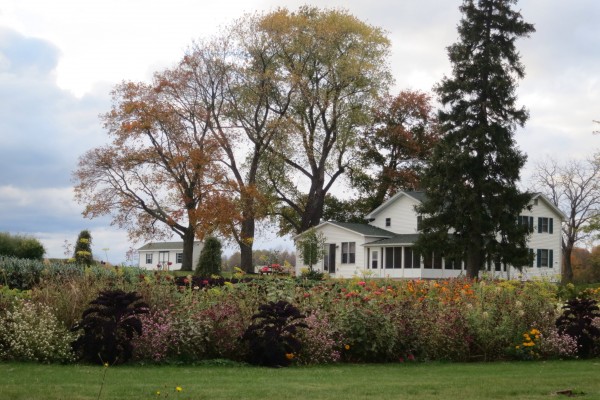 Nearing the end of my walk, I ran across a series of fireplugs: 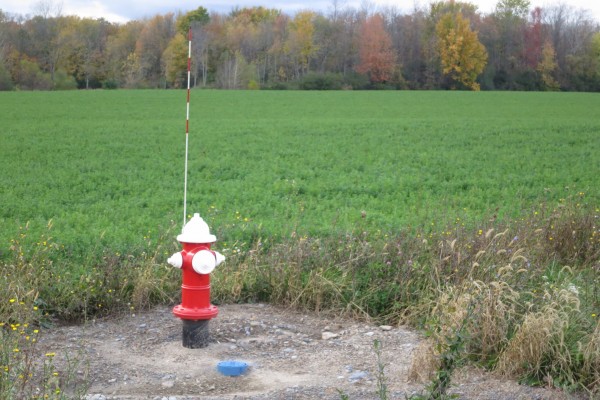 What could this be for? Surely not to put out a fire in the field! There were no houses around and it was the only place I saw this.

The town of Geneva is at the head of Lake Seneca so I knew I was close when I saw this: 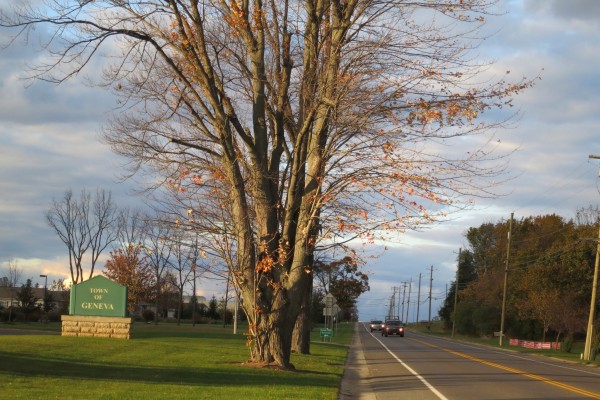 Lo and behold, right at the intersection with 5&20 was this Tractor Supply Company! 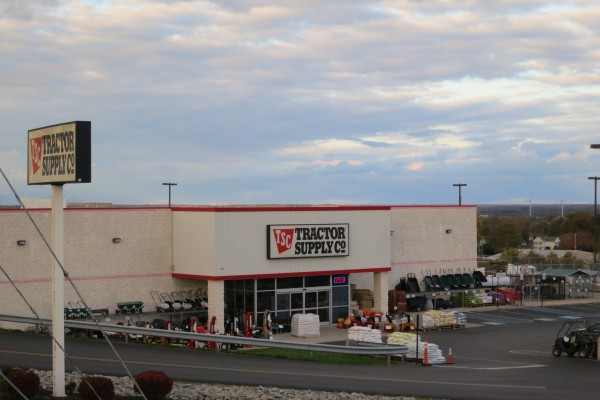 I popped in and Jeff helped me find a Class 2 vest. I shall model it tomorrow. As I was checking out he sidled up to the counter and added a bright green toque for free!! TSC you rock! I am going to be SO visible.

The Clark Motel was just a few buildings down the highway. After checking in I grabbed a quick bite at the nearby Ponderosa and got their permission to come back later to use their wifi (the Clark Motel situation was the same as the Redwood Inn in Alpine, unfortunately). So I’m in the Ponderosa now, trying to beat the closing time of 21:00 in just 20 minutes from now.

I think the next six days or so are going to be very different from what I’ve experienced so far. It will be largely on 5&20 or 5 or 20, it will be dead flat, it will be busy and it will be rural. We shall see.